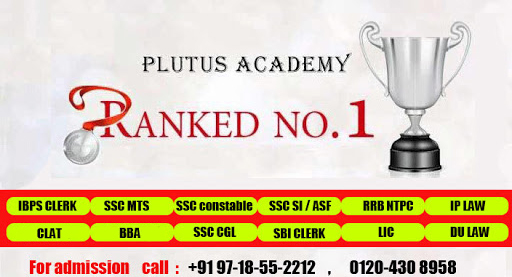 Software engineering is professional dedicated to designing,implementing and modifying software. It is of high quality, affordable maintainable and fast to build. It is systematic approach to the analysis, design, assessment,implementation, testing and re-engineering.

Waterfall model has five phases such as:

2 ) Design :-  The goal of this phase is to transform the requirement into structure that is suitable for implementation. All work is documented and known as software design description(SDD).

4) Integration and system testing :- after unit testing all the modules of software are integrated into single unit and then test the entire system.

5) Operation and maintenance :- the purpose of this phase is to preserve the value of software over time.

1) Iterative enhancement model.: This model has same phase as waterfall model but fewer restrictions. In this model after several cycle are executed. A usable product is released at the end of every cycle. SRS document is prepared after analysis of user requirements.

2) The Rapid application Development Model :In this model user expectations are evolved in every phase. When one phase is completed then user feedback is given to the developer.

3)  Evolutionary  process Model :- This model is useful for projects using new technology that is not well understood. This also used for complex projects where all functionality must be delivered at one time.

4) Prototyping Model : The prototype may be useful program, but is not suitable for final software product.the code of prototype is thrown away.
5) Spiral model  : This model is used in large projects. It has strong approval  and document control. Changes are done at the end of process. 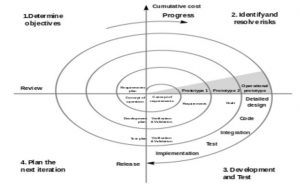 Project size is a measure of the problem complexity in terms of efforts and time required to develop the product. LOC(line of code) and FP(function point) are used to estimate size.

Line of code: using this metric, the project size is estimated by counting the number of instructions in program. Commenting and spaces are ignored.

Constructive cost estimation model was proposed by Boehm. Boehm said that any software categorized into 3 classes

Basic cocomo model gives an approximation estimate of the project.

KLOC  is the estimated size of software product expressed in kilo lines of code.

A risk is any unfavorable event that can occur while a project is in process. If risk is identified it can hamper the success and time of completion of project.

Risk identification: to identify the risk to be held in future.

Risk assessment: prioritize the risk in terms of their damage.

Coupling: it is measure of the degree of independence between modules.

Low coupling is best for software.

Cohesion: it is measure of functional dependency between modules.

High cohesion is best for software.

Top down approach : In this approach we decide how to combine modules into single unit and start the approach from highest level.

This type of design is not dependent on any specific type language. Problems are modeled by objects. Objects have 1) behaviour  2) state

Object : it refer to any entity eg car, home etc

Attributes : class value held by the objects of class.

Operations : an operation is a function that applied by object on a class.

Encapsulation : wrapping up of data and interface outside world with only messages.

Validations means “ is program meets the expectations of user”

Testing is to test the software with the intends of finding errors.

Error : error may be syntax or misunderstanding of specifications.

Unit testing : To test the single unit of a module called unit testing.

Integration testing : To test the individual module of a software and combine them

Alpha testing : This type of testing is done in a controlled environment at the developer’s site.

Beta testing : This type of testing is done at in the real environment at the user site.

Acceptance testing : This testing done at the end user/acceptance when software is complete.

Black box testing or functional testing : to test the functions of a software without the knowledge of language or coding. Only input and output are examined.some black box testing are as follows:

White box/ structural testing : In this type of testing one has to aware about coding or language. In this we have to examine internal structure of software.

Performance testing : whether the system meets the non-functional requirements of SRS document. Different type of testing under this testing are :

Debugging : First locate the error and then fix that error called debugging.